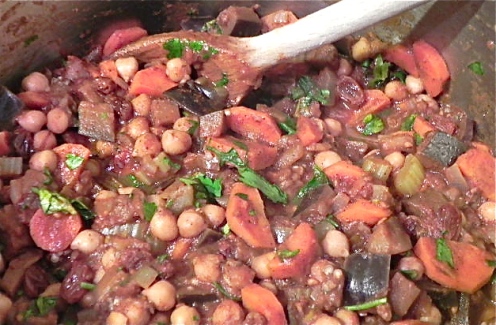 Someone I know loves eggplant. And some that I know don’t like it at all, for that matter. But whenever I make this spiced stew I think of the one who does.

In the past when I posted about eggplant he sent me a message to say how much he loves eggplant (may have even said he has a soft spot for it) and so now, with another eggplant post, I’m hoping he’s not the only one interested.

It can be hard to tell on this end, because, really, it’s just the computer and me; putting together some words and photos and sending them out into the dark abyss of the World Wide Web. Hoping somebody enjoys the words and looks at the photos.

But either way, here’s the story about this dish: 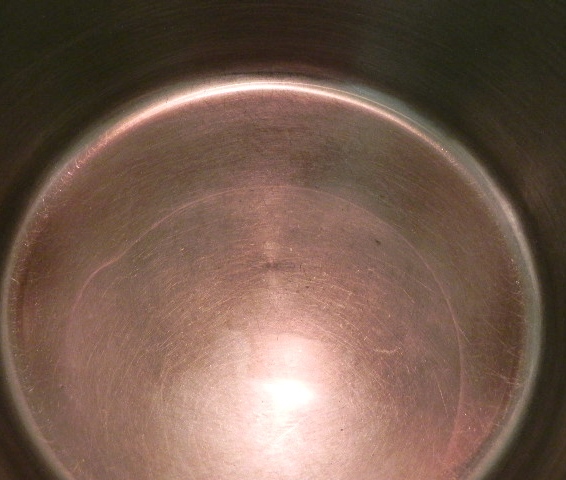 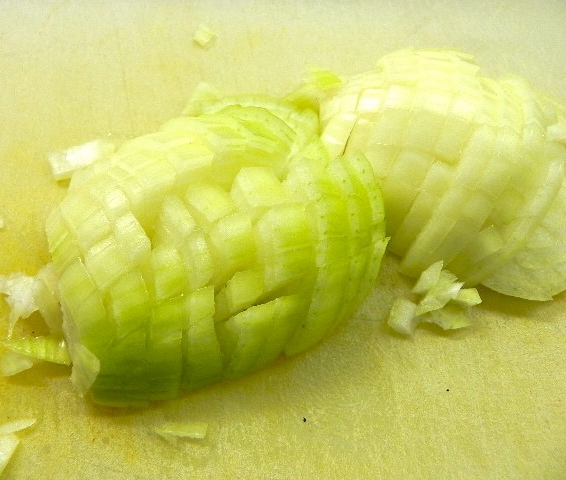 Start to cook a chopped onion in oil with a little salt; add 2 sliced carrots and 2 sliced (or chopped) celery stalks. Go ahead and include the leaves. Now 1 eggplant, chopped into ½ inch pieces, and cook until the eggplant begins to turn colour and soften. 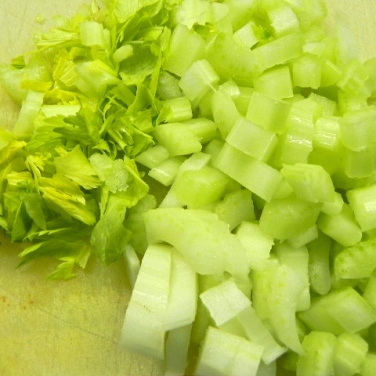 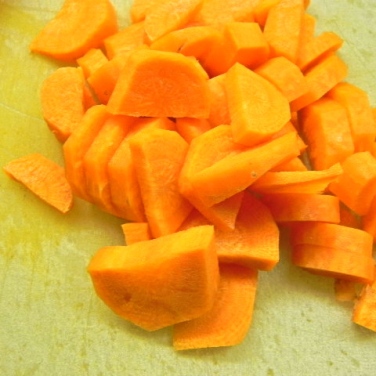 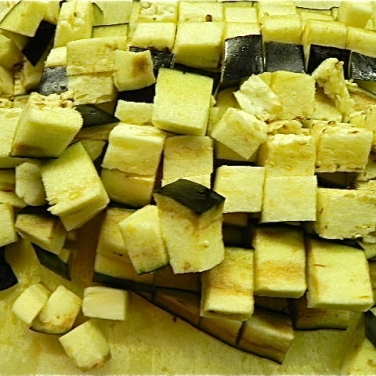 Stir in 1 tbsp. cumin powder, ½ tbsp. ground cinnamon, and cayenne powder to taste. Then 2 cups tinned tomatoes (pureed), 1 cup water, 1 tin rinsed chickpeas, and ½ cup raisins. Simmer, covered, 20-30 minutes until the carrots are softened and the eggplant cubes are losing their shape and are beginning to melt into the sauciness that is your dinner. 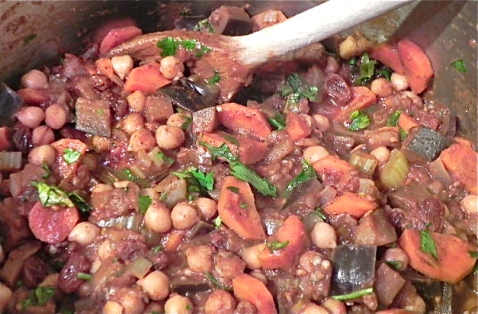